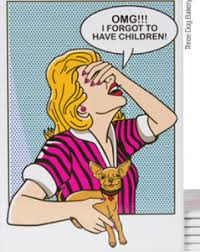 I have been thinking for a while about writing this blog, as it is very personal. Having recently celebrated my tenth wedding anniversary it felt like a good time to reflect on why I don’t have children. Since my beautiful wedding day, I estimate I have been asked this question over 1000 times (using a conservative average of twice per week).

Here is an example of how a typical conversation plays out (I’ve used a random name to illustrate the point):

Sharon “Do you have children?”

What follows is interesting. There is always a follow-up question, often preceded by an awkward pause. I have attempted to capture a flavour of actual responses I have received in the table below:

I have not written this to berate or shame the Sharon’s of the world; but merely to help people to talk to me (and others) about not having children. I would prefer Sharon just to say “cool” or “great”.

There are probably over 1000 reasons why women don’t have children. For example, left it too late, had a bad childhood, had multiple miscarriages, don’t want them, frightened of giving birth, partner refuses to have them, not met the right person, raped as a teenager, affordability, worried about exponential population growth, the world is not a nice place, don’t like them (you get the gist).